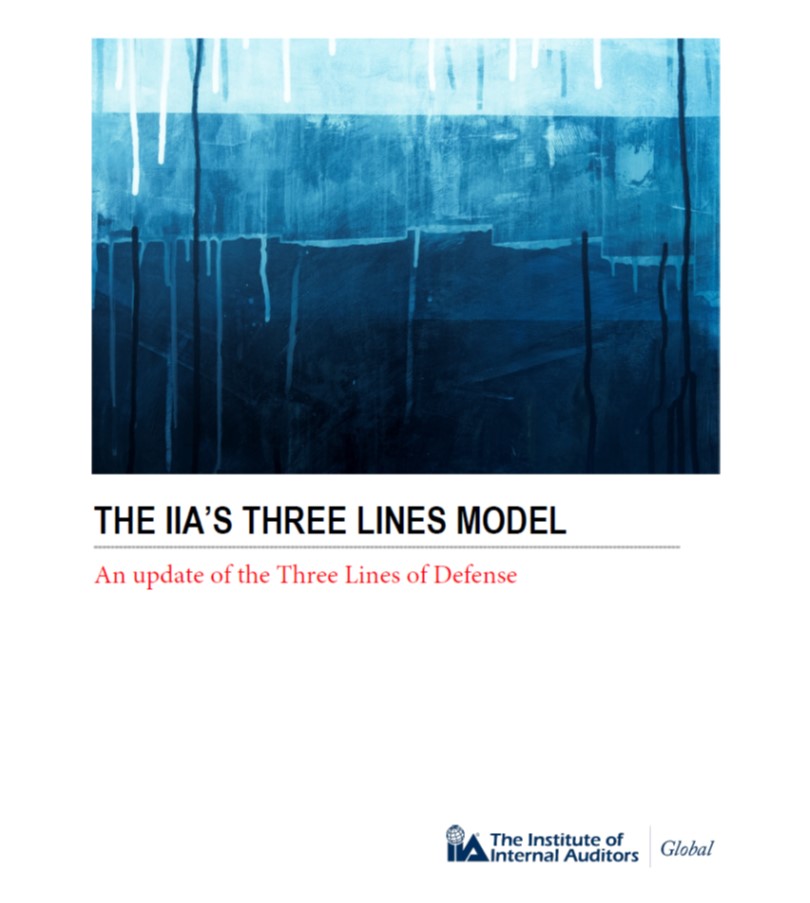 Modernizing the Widely Used Approach to Governance, Risk and Control. This is the updated version of the model formerknown as "The Three Lines of Defense".

Originally the Three Lines of Defense-model has gained popularity for organizing governance and risk management in organizations. However, acknowledging that risk-based decision-making is as much about seizing opportunities as it is about defensive moves, the new Three Lines Model helps organizations better identify and structure interactions and responsibilities of key players toward achieving more effective alignment, collaboration, accountability and, ultimately, objectives.

It clearly outlines the roles of various leaders within an organization, including oversight by the board or governing body; management and operational leaders including risk and compliance (first- and second-line roles); and independent assurance through internal audit (third line). And it addresses the position of external assurance providers. The model applies to all organizations, regardless of size or complexity.

The Three Lines Model has largely been viewed as the basis for sound risk management. For implementation by organizations on both a reactive and proactive basis, these updates help modernize and strengthen application of the model to ensure its sustained usefulness and value.

A task force spearheaded by The IIA and representing audit practitioners, risk and compliance executives, stakeholders and others came together to provide this update in part to highlight the important relationships between central and common components of organizations and to weigh the concept’s strengths, application and usefulness toward ensuring its continued relevance in today’s operational climate.

“For more than two decades, myriad organizations embraced the former model, attracted by its simplicity in describing risk-management and control responsibilities in three separate lines,» said task force leader and incoming IIA Global Chairman Jenitha John. “The update reinforces that organizations must determine appropriate, pragmatic structures for themselves, taking into account their objectives and circumstances against a backdrop of an ever-evolving risk landscape.”

Further details about the Three Lines Model, including key principles toward applying the model and an updated illustration of the model, are found HERE.

IT Essentials for Internal Auditors

Internal Audit in the Covid-19 era